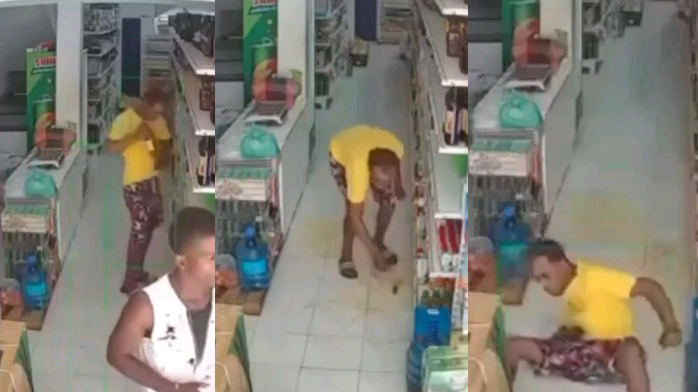 An unlucky thief has been captured on CCTV while trying to steal from a store.

The burglar intended to steal a bottle of wine from the shop and flee with it but failed.

He stepped into the story and put the wine bottle in his shorts, but it slipped out, dropped to the floor, and broke, according to a video shared on the internet.

He tried to escape before he could be captured but fell on the already slippery floor.

See the video below:

Related Topics:CCTVStoreThiefWine Bottle
Up Next