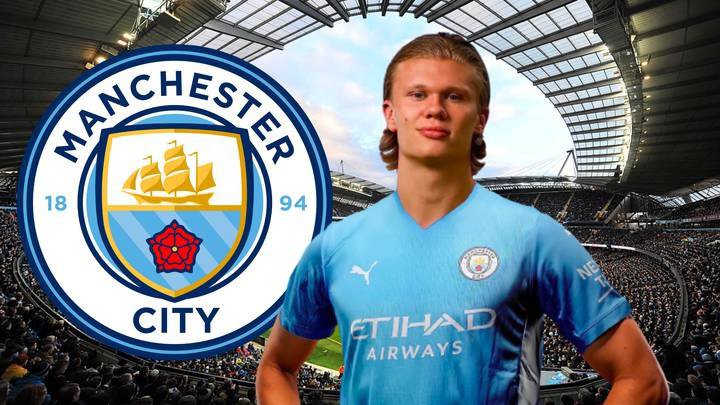 Erling Haaland is set to be the highest earning footballer to feature in the English Premier League.

This is as defending champions, Manchester City are said to have agreed personal terms with the Borussia Dortmund forward, including a £500,000 weekly wages.

Currently one of the most sought-after players in the world, the Norwegian has scored 82 goals in 85 appearances since joining Borussia Dortmund from Red Bull Salzburg

According to Daily Mail, City have moved into pole position in the race to sign Haaland as negotiation with the striker enters advanced stages.

The Citizens are expected to trigger the release clause to activate his contract this summer.

City will make him the league’s highest-paid player in a bid to tempt him into joining them.

They are ready to pay the 21-year-old a weekly wage of £500,000, taking him above Cristiano Ronaldo.

Haaland is ‘likely’ to sign a five-year deal with Pep Guardiola’s side within the next week.